The Bishop Hill Creative Commons will host a tribute to Stephen Stills, the founder of Buffalo Springfield & Cosby and Stills, Nash & Young on Sunday, January 29, 2023, at 7 PM. Barry Cloyd, with TJ Jones and Tom Abbot, will present a tribute to the music and life of Stephen Stills. A potluck dinner begins at 6 PM and is open to guests of all ages. A $10 to $20 donation is suggested. Bishop Hill Creative Commons is located at 309 N. Bishop Hill Street.

Stephen Stills is the only person to have been inducted into the Rock & Roll Hall of Fame twice on the same night and has written and produced many songs that are the soundtrack of a generation. Cloyd has recorded & shared the stage with some of Stephen Stills’ bandmates and was present in the audience for CSN’s first live performance, the day before Woodstock, and has been a super-fan ever since! Come join us for a night of good times and great music!

For more information please visit bishophillcommons.com or on Facebook. 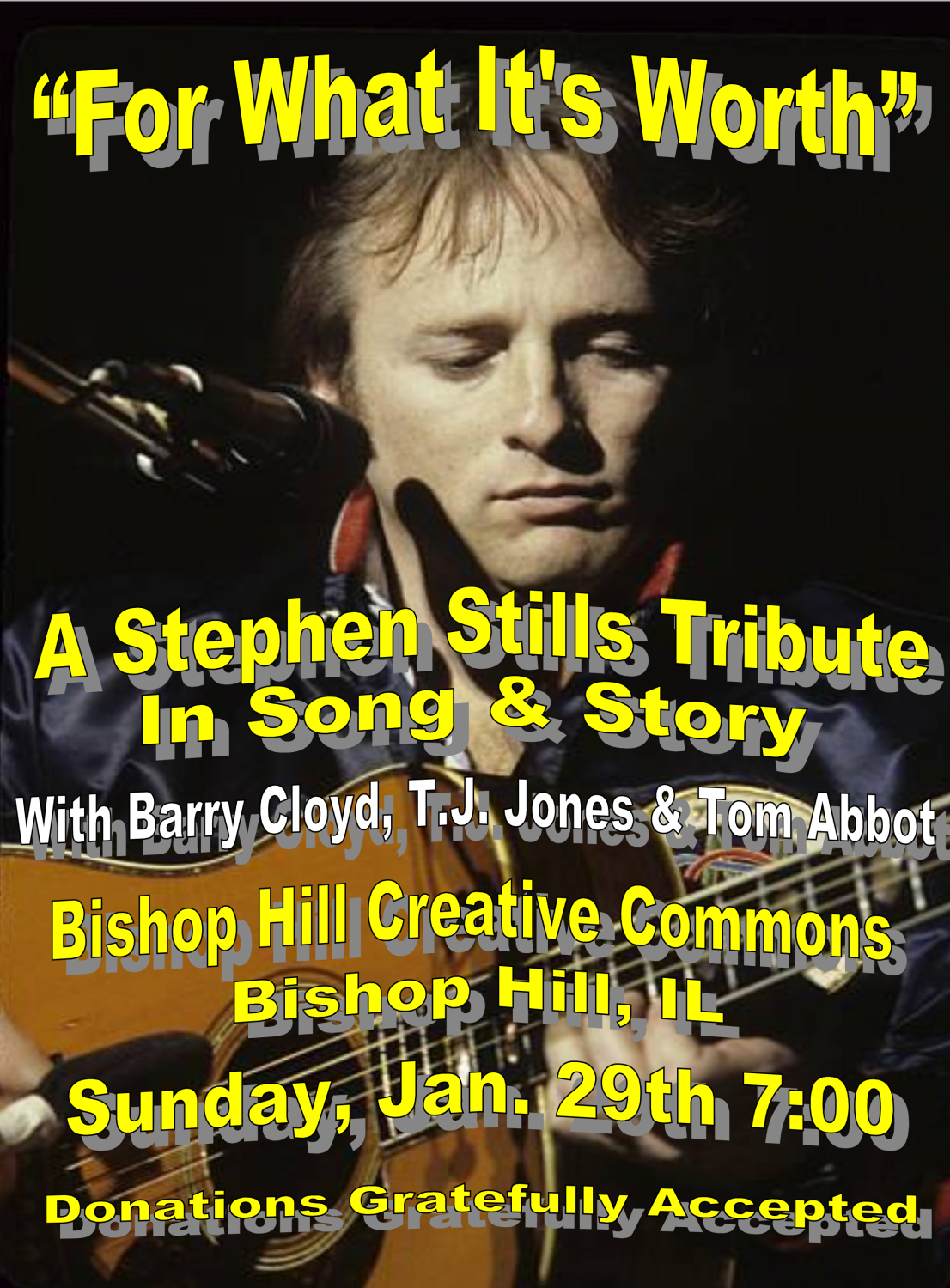