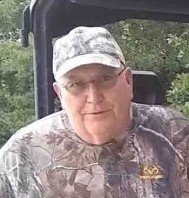 After high school David worked for McGraw Edison from 1973 until there closing in 2003. He was then fortunate enough to get enrolled at Vatterott Technical School to obtain electrician certification. He then worked for NTN Bowers for about 10 months before moving over to Pella Windows where he remained through 2016. David lived on his grandfather’s family farm since the age of 17. He was very proud of his 1968 Camero that he passionately built and showed locally. David enjoyed his motorcycles, four-wheelers and had a love for the outdoors.

Cremation Rites have been accorded. A time of visitation will be held from 4:00 until 6:00 PM Monday June 27, 2022 at Dodsworth-Piper-Wallen Funeral Home. In lieu of flowers memorial contributions can be made to Chockley Cemetery Association. Please sign the guestbook and leave condolences at www.dodsworthfh.com