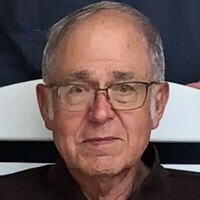 He was preceded in death by a brother, Alvin Hamilton and daughter in law Ardis (Ted) Hamilton.

Donald graduated from Western Illinois University with a BS in 1952, MS in 1958 and EdD from Indiana University in 1966. He served in the Army during the Korean War and returned to WIU as a professor at the Lab School and the Department of Education from 1963 – 1991. He retired to enjoy his family, croquet, cribbage, washing cars and mowing grass, fishing and travels to his favorite spot in the mountains of Wyoming.

The family suggests memorial contributions be made to the Salvation Army, The Good Food Collaborative, First Presbyterian Church of Macomb or Wesley Village of Macomb.

Memorial Services will be 11 AM Saturday Nov. 12, 2022 at the First Presbyterian Church.Dodsworth-Piper-Wallen Funeral Home is in charge of Arrangements. Please sign guestbook or leave condolences at www.dodsworthfh.com