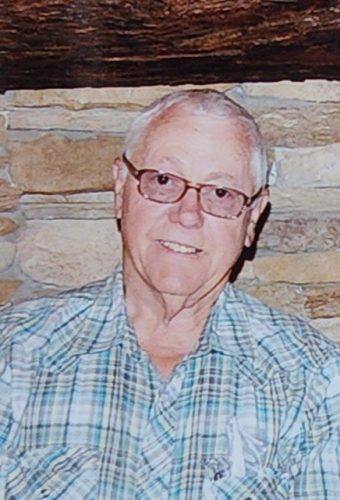 Marvin L. McCollum, age 87, passed away at 1:19 AM on Thursday, September 29, 2022 at his home surrounded by family. He was born on August 11, 1935 in Aitkin, Minnesota the son of Arthur and Louise Hofer McCollum. He married Shirley A. Feltman on November 9, 1956 in Hayward, California. She was a devoted wife to Marvin whose love grew stronger during their 65 years of marriage. She survives.

Marvin first worked in Oakland, California for General Motors, he later worked at his brother’s service station in California and later worked for American Thermos in California. He moved to Macomb in 1963 to work as a maintenance supervisor for King-Sealey. In 1973 he opened Mac’s Garage in Macomb, Illinois where he worked for 20 years during which he sponsored a local race car. Marvin was a 50 year member of the Macomb Elks Club, and was a member of the Mississippi Valley Bee Keeper and Bowling Associations. He was an avid beekeeper for over 20 years and also an avid woodworker making a grandfather clocks, several bassinets for his grandchildren and friends, memorial flag cases and urns. He enjoyed restoring tractors, his Model A car, gardening, working around and doing projects at his residence during his retirement years.

Cremation rites have been accorded, visitation will be held on Friday, October 7, 2022 from 5 PM until 7 PM at the Clugston- Tibbitts Funeral Home in Macomb. Private burial of cremains will take place at a later time. Memorials may be made to MDH Hospice or PFIC Advocacy. He was very much concerned about his little Brinley, a liver transplant candidate, which may be funded via venmo @dmccollum21 (Dusty McCollum). You may sign the guest book and leave online condolences at clugston-tibbitts.com.