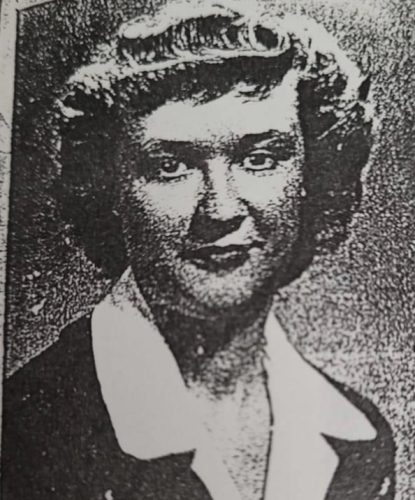 She is preceded in death by her parents, husband, one daughter Sherry Amerine, three brothers, James, Doug and Joseph Wayland and three sisters, Toni Schwanke, Lila Alton and Jackie Groves.

Nedra enjoyed the outdoors, spending time mushroom hunting, racoon hunting and running the trapline with her father. She worked at Hemp’s in Macomb during WWII helping America by producing securing bands used in the making of US military Bombs. Later she traveled the world as a military wife with James and his various deployments. Nedra also had a very special passion for volunteering as a member with the Macomb VFW Auxiliary.

Cremation Rites have been accorded. Graveside services will be held at 11:00 AM Friday August 5, 2022 at the Forest Lawn Memory Gardens Cemetery. Pastor Lyren Haney will officiate. In lieu of flowers memorial contributions can be made to the Macomb VFW Auxiliary. Dodsworth-Piper-Wallen Funeral Home is in charge of arrangements. Please sign the guestbook and leave condolences at www.dodsworthfh.com